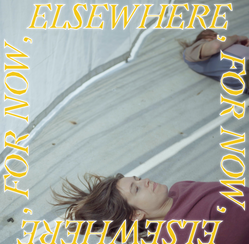 EXHIBITION TEXT FOR elsewhere for now by amy pickles

brings together three works of Clara J:son Borg, arranged in the room around your eyes, your ears, your body that may be seated, standing or leaning. Different works can fit within your gaze and your peripheral vision depending on where you choose to be. Soundtracks to the work flow into you via headphones but your eyes may be attending to a different sonic source. In the space below this one you can watch the three works while they look at one another too. The works look from different points within the shifting boundaries of an area that can be assigned with the term Europe, though it is associations and imaginations on what this word can mean, that are confused and reformulated within the screens in this room.

In all works the camera is a friend and follower to a series of narrators. It is the attentive listener to intimate dialogues from the artist’s mum in her own mother’s house in a small Swedish town. Two young, caucausian Dutch people in a translucent, curtain cocoon, and a group of Greek people wandering the streets of vacant, Athenian suburbia in summer. They speak to one another, they speak to themselves, they speak to the camera and their eyes connect to your own through lens, processing chip, pixels, LCD screens. The gaze of the camera follows their limbs through usual movements of walking, sitting and gesticulation, while it is onlooker to other choreographies that are awkward and uncertain. All characters bound to the screens are encouraged into moments between knowing and acting. These actions are reversed and what emerges is a reaching out to other ways of understanding. What do we want to know?

And who are we? This we for now are the characters, artist and writer, who have been bound into a certain geography that gives (or once gave) using/them the title of ‘European’. The works share differences in the effects of this term on the characters. Who benefits from such classification? Who is considered outside of the term? What is needed to access this word, and what are the multitude of forces working to withold those letters from circulation?

Reading the works in chronological order we feel through

performative strategies Clara uses in the formation of her works. Through collective exercises in listening, remembering, improvised movement and sensual touch, stories are woven across personal narration, anecdote, dreams and collective imaginings. They repeat, but they are not reenactments. With other people, imagining differently is a way to understand how we are behaving now. The edits diffracts time frames into an always, but not quite, present. The films have collected a live/d moment, and though they are visual works, they sense out social forces that often evade our occularcentric focus. Forces impressing upon how I, you, we, us? are political subjects.

Two blue skies, Clara’s mum speaks mostly in the present tense. Her memory is made now, her reflection of visiting a kibbutz in Israel as a Swedish teenager colliding with current events. It is uncomfortable, to be in the works gentle aesthetic, partially timeless, or out of sync - in the way that interior spaces of elderly people so often become - while in the next tab on my browser, where I am writing this text, lives the news from this week of Israel’s decision to close the Gaza crossing for Palestinian workers. The narrator looses momentum as the question of why she went there becomes more difficult to articulate. I was “curious about other ways to live”. There have been more than five days of Israeli army raids in the West Bank. “What was I supposed to answer?” How to comprehend our complicity within vast and overlapping colonial regimes? “You were going to talk about why you went to the kibbutz. That there was an economic crisis, that there was a lot of unemployment and that’s why a lot of young people from England went to Israel.” How to understand that our actions in one position can support a system of oppression for another?

“the way Swedish society shaped us into the nuclear family, that you would become something. I wanted to investigate something different ...”

“it was the collectiveness (of the kibbutz) a community without family”

“that was how I pictured it before I left”

Picture this; use these two words to bound up a narrative inside a set of images, a scene, a vivid scenography for a believable narrative. The Swedish house is calm and surrounded by green, but we are not there, we are lifting up that image and feeling out underneath. How far can our imagination take us in this construction? And, how to recognise when our imagination is narrow?

The picture for IMAGO uses a setting to refuse belief. It is false. Inside a swathe of translucent curtains the characters inhabit a space of limbo, they are protected from the exterior spaces of a developing - and gentrifying - cityscape. They lie on the concrete floor. Again. Again. Testing a boundary. This edge is confused from the beginning, as the first shot shares the scene of the curtain being opened from within. The curtain closed makes space for rehearsal, while you can venture out through the cameras eye. This eye sees further than our own and it takes us through the weft and warp to trace bricks, rooftop trees, satellite dishes. Infrastructure is blurred, obscured. One of the duo says, “this fantasy land is like a living room. like it is very simple ... “ and again, as with Clara’s mum as protagonist, we are confused between memory, imagination, and what are the forces fabricating our sense of reality. Like the camera changing focusing distance, where are we giving our attention? An imago is an idealised mental image of ourself or another. This work reminds us to reconsider the historical, social, economic and political scaffolding that supports our constructed imaginings, while experimenting with alternative ways to assemble what and how we know.

The cocooned duo tease out their influence on another by writing their script through an associative word game, we can hear this game repeated by three people sitting in a tree, a cycling scene in A liason to a life no longer ordered from above. The scenographies brought to our eyes in this final work share a detachment to a particular time. A mobile phone is used, characters share stories that situate us after the most restrictive covid-19 regulations (in Europe) and to when the singer Lizzo is a cultural icon, but aside from one car passing close the protagonists, they are isolated from external affect. They mould one another with their memories and mould our sense of city with them too. What does a city impress upon you? Roam your fingers across a surface as you scan the surface of the city with your eyes. Your ears are attentive to aural textures. Your body adds or subtracts to the sonic possibilities. Touch your conversation partners shoulder. Run your arm gently over their forehead. Mirror their position. Attempt to synchronise your action. Send a chorus of stamping feet up and through an atrium in the high rises. How to consider places differently? While life may be regulated from above, how to study below? 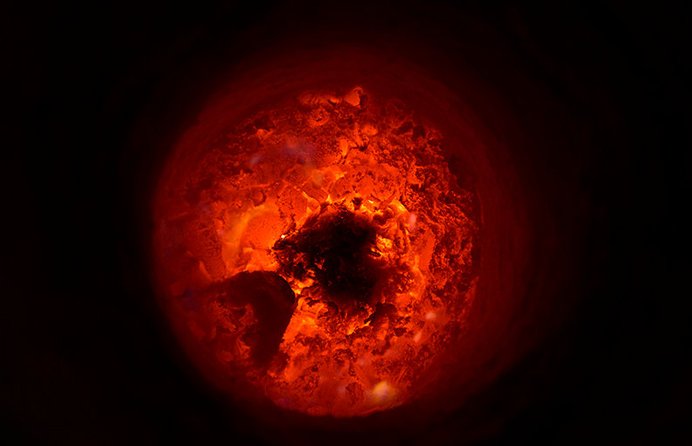 HAEM – Unfolding paths of the Placenta

HAEM – unfolding paths of the placenta documents the behind scenes of the Bio Art & Design Awards winning project HAEM. Concept developed by the artist Cecilia Jonsson and  Dr. Rodrigo Leite de Oliveira, The Netherlands Cancer lnstitute. Commissioned by Bio Art & Design Awards 2016 with the support of ZonMw, the Arts Council Norway and the City of Bergen.

In HAEM, artist Cecilia Jonsson and scientist Rodrigo Leite de Oliveira assembled a compass needle made of metallic iron extracted from the blood contained in discarded, postpartum human placentas. This guidance object was presented in a placenta-inspired labyrinth and served as a metaphor for the explorative nature of humans.

HAEM received an Honorary Mention in the Prix Ars Electronica; Hybrid Art 2017 and the HAEM installation has been exhibited in numerous galleries around the world.


Link to the film: https://www.ceciliajonsson.com/3-haem-film